In 1947, the land which is now the village green was given by Mrs Upton who lived at Hook Farm to two trustees who applied to the Charities Commission for Trust Status.  At this time, there were no buildings on the land and it wasn’t till 1958 that the present village hall was built. Under the terms of the trust deed, the land and buildings were to be for specific purposes, such as recreation and entertainment for the benefit of the civil parish of Itchingfield and the vicinity within a radius of 5 miles of Itchingfield church.

The committee of management which is known as the Trust Committee have complete control of the Trust premises and land.

The Trust is registered with the Charity Commissioners and the committee is formed from a representative of each club or organisation using the Village Hall or Field.

Two sub-committees exist; the Village Hall and the Field Committee and these report quarterly to the Trust.

The Village Social Club is situated on Trust land and operates independently and also reports quarterly to the Trust.

At present there are some 20 representatives who meet four times a year in January, April, July and October when the AGM is held.

The Village Hall committee run the day to day dealings of the village hall and the Field Committee look after the playing fields, the playground and organise grass cutting, repairs to fences and seats. Both these organisations keep separate accounts and these have to be presented to the charity commissioners on an annual basis.

At the quarterly meetings, the representatives of the various organisations give a report so that all the village activities can be known to a wider audience.

In 1977, the Jubilee Field which is the land to the north and part of the field to the west was purchased on behalf of the village by the Parish Council who raised the money through their annual precept.

The original village hall was built in 1887, by Mr Godman, the owner of Muntham House on land adjacent to the village green and in 1926, his family handed it over to a body of Trustees for the use of the local people. 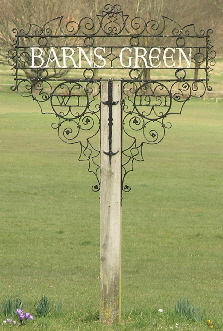 Following the Trust AGM (October 2019) the Jubilee Field sub-committee advised they would publish the Savills report and it can be found on the below button. 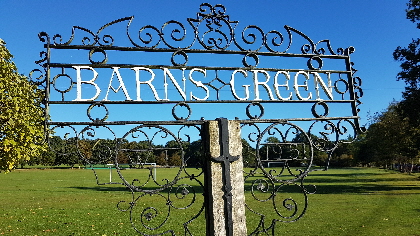